Enjoy a relaxing walk through history with a focus on water and greenery. 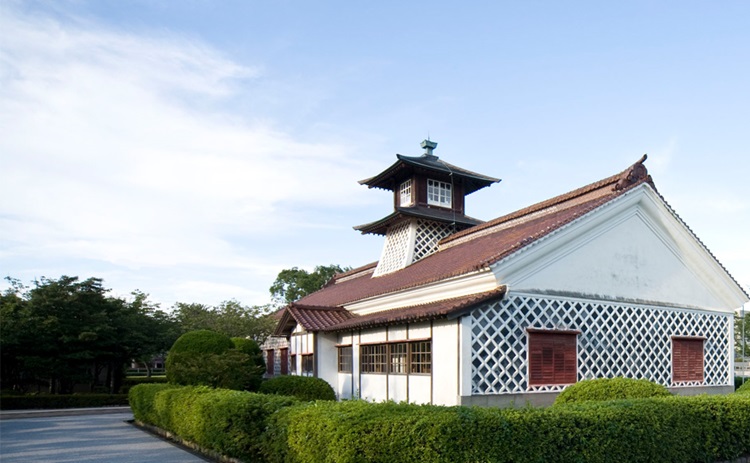 This historical cultural zone is dotted with Western-style architecture built between the late 19th and early 20th centuries. Minatopia consists of the museum itself and various buildings and other structures that have been present since the port first opened. Experience the atmosphere of yesteryear while enjoying a fascinating stroll through history.
The chalk-colored main building of the Niigata City History Museum is located on the bank of the Shinano River. In addition to a theater and a permanent exhibit incorporating the theme “Regional Waters and the Paths of Residents,” the museum also features various hands-on experiences for you to enjoy. The museum premises also include the Former Niigata Customs House, shipping landings, and a bonded warehouse, creating an atmosphere that closely resembles the port when it first opened. With a waterway designed as a moat around a grassy plaza, the peaceful landscape is a calming oasis with willows rustling in the passing breeze.
The restaurant at Minatopia’s Former Daishi Bank (Sumiyoshi-cho Branch) includes scenic seating where diners can look over the ferry terminal and the Toki Messe convention center while enjoying a delicious meal. As night falls, the buildings are illuminated, revealing a dazzling scene. When you visit Minatopia, you can relaxing in the nourishing freshness of the waterway and greenery, while experiencing life as it was in years gone by.
Minatopia is located near Rekishi Hakubutsukan-mae bus stop, accessible by the Niigata Kotsu Bus bound for Irifune Eigyosho via Showa Ohashi, or the Niigata City Loop Bus bound for Toki Messe, both departing from JR Niigata Station’s Bandai Exit.
Read More
Hide
Get directions
Book a nearby hotel ¥10,300 ~