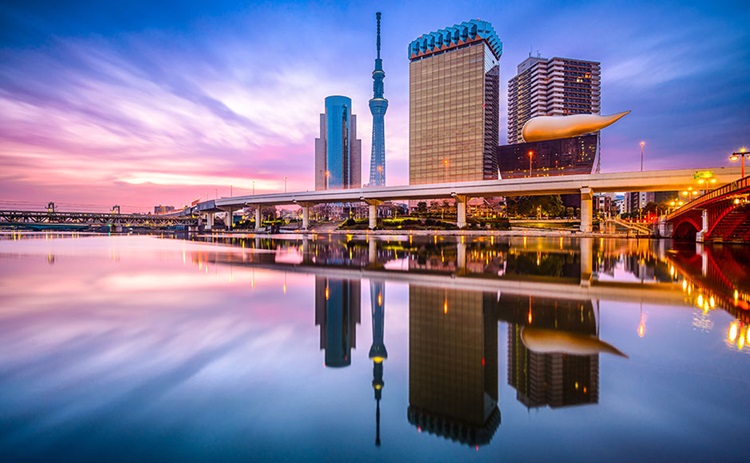 The Sumida River, or Sumida-gawa, is one of the rivers that flows through Tokyo City and into Tokyo Bay. Branching off from the larger Arakawa River, the Sumida River is additionally fed by the Shakujii and Kanda rivers.

The route of the Sumida River was originally that of the larger Arakawa River, which was rerouted to avoid flooding in Tokyo. Over the years, the river has inspired many literary and artistic masters, who have admired the beauty of both the river and the lands it traverses. Most notably, Japan’s famous haiku poet, Matsuo Basho, lived along the banks of the Sumida in the 17th century.

To best enjoy the river, a cruise either from, or to, its source is highly recommended. The Sumida River Boat or Sumida River Line are two options with trips running from Hinode Pier up to Asakusa and vice versa. Other boating options are available and run regularly up and down the river and under the many bridges along the way.

One event in the Sumida River calendar which should not be missed is the Sumida River Fireworks, one of the most famous firework festivals in Tokyo. Each year at the end of July, the river and the skies are lit up with colorful fireworks and a range of riverside entertainment can be enjoyed.
Read More
Hide
Get directions
Book a nearby hotel ¥4,000 ~