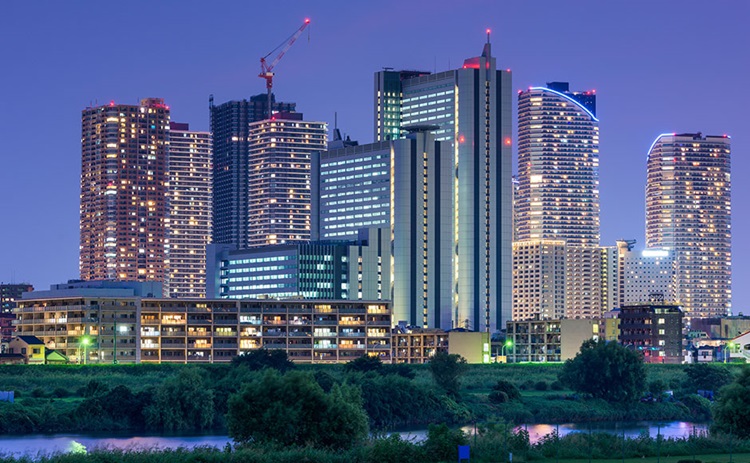 One of Tokyo City’s most expensive residential areas, Tamagawa is located southwest of central Tokyo along the banks of the Tama River. With a location halfway between Tokyo and Kawasaki, Tamagawa’s beautiful riverside areas and parks are a popular spot for those wanting to enjoy the sun, a spot of cycling, or a BBQ during the summer months.

Pre-World War II, Tamagawa was a rural area, mainly occupied by farms and sparse, pastoral villages. Following the development boom in Tokyo, Tamagawa experienced a surge in its growth. In the late 1960s, a Takashimaya Department Store was opened in Tamagawa and was the first suburban department store in Tokyo. The area has since developed into a more exclusive neighborhood of the capital and many celebrities and government officials now live in Tamagawa.

Tamagawa was developed to cater to its residents with shops, restaurants, bars, cafes, parks and water activities along the river. With numerous recreational opportunities, the area offers endless things to do for any kind of visitor. One key event in the calendar is the Tamagawa Hanabi or firework festival at the end of August, where Kawasaki and Tokyo firework teams compete to put on the best show. Enjoying the spectacle is one of the essential things to do in Tokyo for visitors at this time of year.
Read More
Hide
Get directions
Book a nearby hotel ¥6,000 ~