For the key event Torigoe Matsuri, this shrine is crowded with many people. 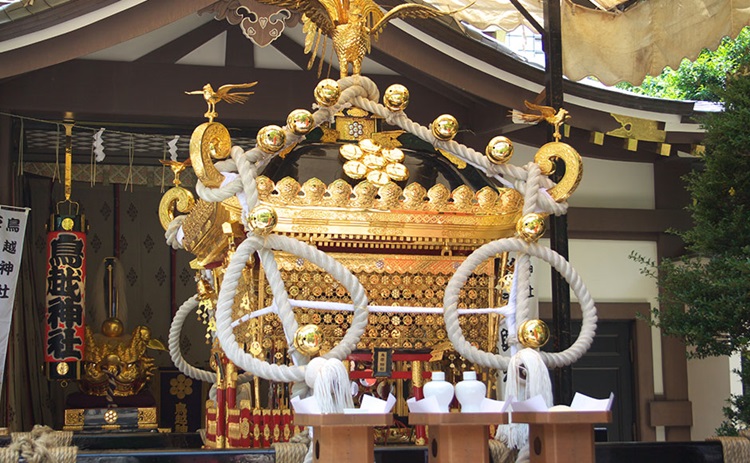 Torigoe Shrine dates back over 1300 years and has a connection with a famed member of Japan’s ancient Imperial line. The main attraction of the shrine is Torigoe Matsuri, a Tokyo City festival which occurs every year.
The shrine is the final resting place of the legendary leader Yamato Takeru No Mikoto. A former prince and ruler in Japan, stories of Yamato Takeru No Mikoto have been told for centuries, and in more recent times have inspired numerous anime shows and characters.

As one of the smaller shrines in Tokyo, Torigoe Shrine is less crowded than others and offers a genuine, peaceful experience that many find more enjoyable than the most popular Tokyo tourist attractions. Crowds do pick up, however, for the Torigoe Matsuri, the key event on the festival calendar for Torigoe Shrine. This event occurs on the Sunday closest to the 9th of June. During the festival, a portable shrine which weights nearly four tons is carried through the local community and back to the shrine. During the festival, many street activities can be enjoyed, along with pop-up stalls selling excellent Tokyo street food.
Read More
Hide
Get directions
Book a nearby hotel ¥13,300 ~