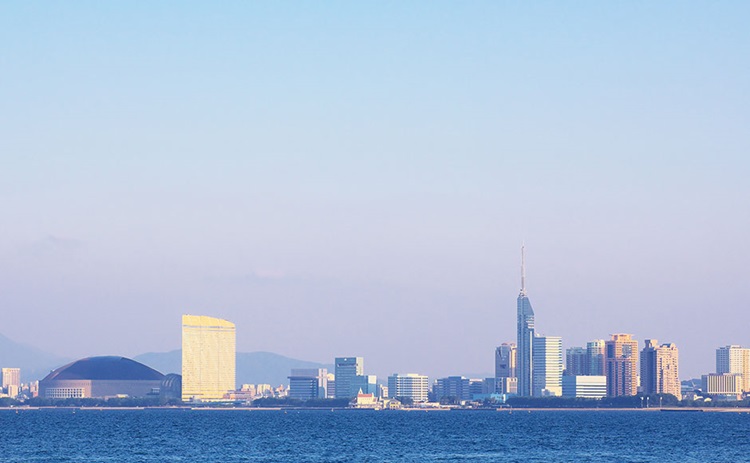 Japan’s first ever stadium to feature a retractable roof, FUKUOKA YAHUOKU! Dome is home to the leading Japanese baseball team, the Fukuoka SoftBank Hawks. The stadium is a must-see for sports fans visiting the city.
The dome has been a much-loved fixture in the city since its opening in 1993. Though best experienced during a thrilling ball game, there is plenty on offer even on a non-game day. The FUKUOKA YAHUOKU! Dome tour lets guests go backstage and see the parts of the stadium only the players usually see. The stadium’s OH Sadaharu Baseball Museum plays homage to one of the team’s most legendary players.
More than just the city’s leading sports arena, the dome is also a legendary music venue, having played host to Whitney Houston, Madonna, Michael Jackson and some of Frank Sinatra’s final concerts in 1994. Today, the venue continues to feature huge names on both the Japanese and international music scene. With space for almost 40,000 fans, concerts here are memorable affairs. The FUKUOKA YAHUOKU! Dome enjoys a prime location close to the waterfront, for those who want to enjoy the Fukuoka beaches as well.


Opening Times
Opening times of the dome and shops depend on which events or games are being held.
Read More
Hide
Get directions
Book a nearby hotel ¥4,600 ~