We have accepted your registration for our email newsletter. We will send you an email after the registration is completed in about an hour.
Just go to https://www.mystays.com/en/ and enter "off5" in the promo code field. In one step you will get an additional 5% discount on most rates.
* Please change your settings so that you can receive e-mails from the "mystays.com" domain.

Your email address is already registered.
Just go to https://www.mystays.com/en/ and enter "off5" in the promo code field. In one step you will get an additional 5% discount on most rates.

One week after the “Hokkaido Eastern Iburi Earthquake”, MYSTAYS Hotels are all back 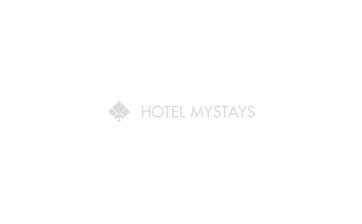 One week after the “Hokkaido Eastern Iburi Earthquake”,
MYSTAYS Hotels in Sapporo, Otaru, Hakodate, Asahikawa and Nayoro
are all back accepting new reservations,
as well as services at restaurants.

We would like to offer our sincere condolences to everyone who was affected by Typhoon Jedi which made landfall in Kansai on September 5, and the Hokkaido Eastern Iburi Earthquake which occurred in the early morning of September 6.

We sincerely thought for everyone to recover as soon as possible.

Due to the “Hokkaido Eastern Iburi Earthquake” which occurred in the early morning of Thursday, September 6, 2018, we have confirmed there has been no major harm to any customers staying in the accommodations our company operates at Sapporo, Otaru, Hakodate, Asahikawa and Nayoro, in the Hokkaido area, and also no major damage to the facilities themselves. This is thanks to the fact that our facilities’ quake-resistance standards measure up to the 1981 Building Standards Act*, also our local staffs’ quick action for the protection of our customers on site resulted in reopening with temporarily modified operations following the first weekend after Earthquake.

Essential utilities restoration is back to normal except in some areas nearer to the epicenter of magnitude 6.7 earthquake. As of Friday, September 14, we would like to announce that all facilities we operate in Sapporo, Otaru, Hakodate, Asahikawa and Nayoro, are accepting new reservations for accommodations and providing services at restaurants.

In addition, as we have been requested to save electricity due to the power shortage throughout Hokkaido, we will respond appropriately at each of our facilities to save electricity. Thank you very much in advance for your kind understanding.

In this coming best season for sightseeing, when the color changing all in Japan, we would like to see you here in Hokkaido as well, hoping to offer you our warmest ‘Omotenashi’, Japanese traditional way of hospitality for welcoming you all.