Dotonbori
Dotonbori is also known as the Japanese Broadway 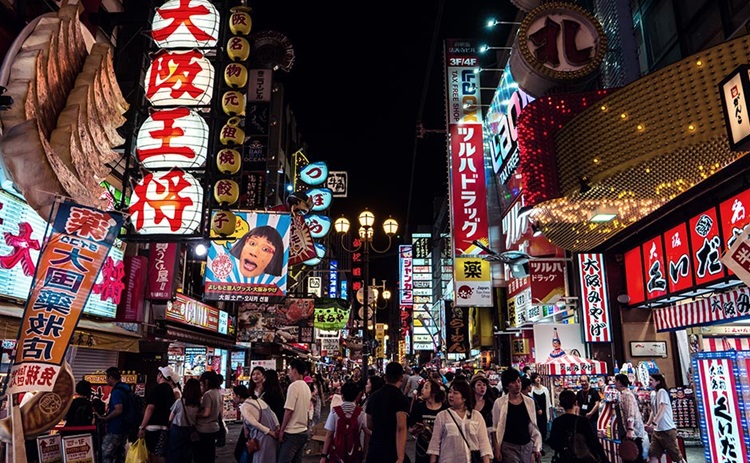 Take a walk in the district and you will be amazed by the many large signboards. The most popular one is the Glico signboard picturing a sportsman standing with his arms open with many landmarks of Osaka behind him. So do not forget to stop there for a selfie.
Dotonbori is also known as the Japanese Broadway. It has seen the birth of many Kabuki, Nou and some other traditional style theaters. This has immensely affected the urban development of the area, attracting shop keepers, restaurants and tea cafes. Of course, some of Dotonbori’s theaters are now closed, but Kadoza, Kabukiza, Yoshimoto Comedy Theater and many others are still crowded with culture lovers every single day.

Less known of a fact, Jazz had encountered a big success in Japan early in the past century and had been welcomed in the Dotonbori area for generations. If you are a big fan of the genre, head to the New Suntory Five at OhatsuTenjin Shopping street as it has become Jazz hottest place in town.