Narusawa Hyoketsu Ice Cave is covered in ice all year round. 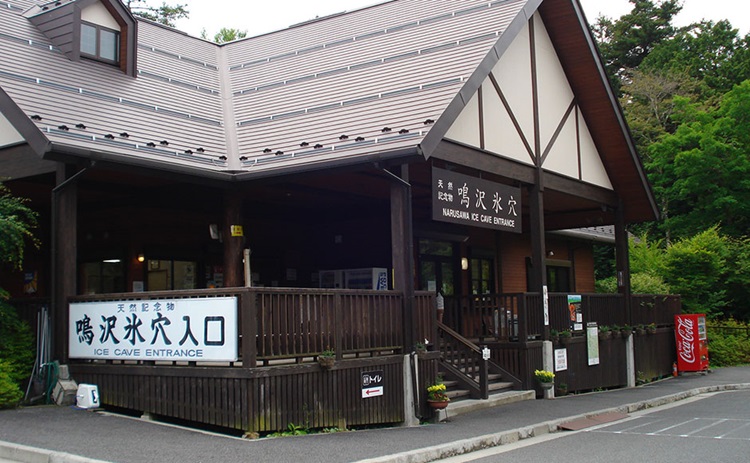 One of the region’s most famous lava caves, Narusawa Hyoketsu Ice Cave is covered in ice all year round. The icicles are truly wonderful with giant stalactites and ice pillars formed along the 153 meters’ cave.

This Ice Cave stands not far from the famed Wind Cave and is located at the east entrance of the Aokigahara Jukai forest. The icicles which are formed by drops of water seeping from the ceiling grow to their maximum size in April and in some years can reach an exceptional length of 50cm in diameter and 3 meters high.
Smaller than the Wind Cave, Narusawa Hyoketsu can be covered within a 10-minutes’ walk and due to its annular shape it can be viewed in one circular loop.

The formation of the cave (over a millennium ago) is due to the eruption of nearby volcanos from which red hot lava descended and created this two-tunnel type grotto. It is said that the tree-type lava bed has the most spiracles in the world.

From nearby Hotel
- HOTEL MYSTAYS Fuji Onsen Resort : 25-30 min by car
Read More
Hide
Get directions
Book a nearby hotel ¥8,300 ~