Historic small temple and statues carved in a rock face 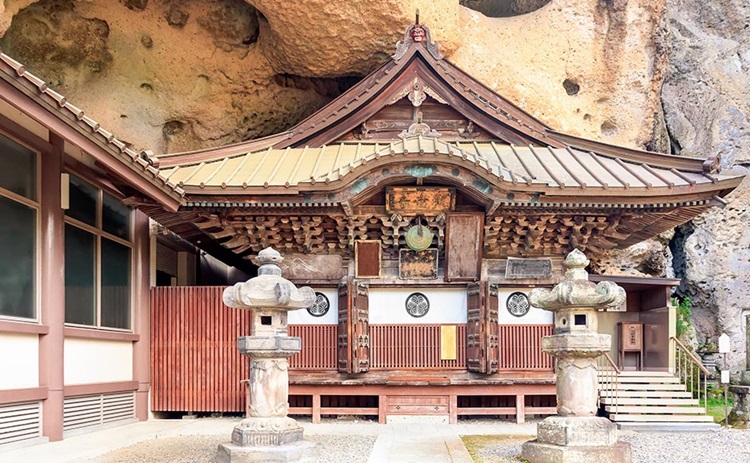 The Oya Kannon Buddhist Temple, or Oyaji as it’s more commonly known, is a small but exquisite temple set into the side of a rock face. Located in Utsunomiya in Tochigi, the temple is surrounded by the area’s picturesque countryside. With its carvings and statues all chiseled out of the natural stone, the temple draws thousands of visitors to Tochigi Prefecture.

Records and opinions vary on the actual origins of the site, with some suggesting that the Oyaji Temple dates back to AD 810. According to legend, the temple was supposedly established by the famed Buddhist Monk Kobo Daishi, who also established the Shingon Sect in Japan. Despite murky origins, most sources seem to agree that the temple was rebuilt sometime around AD 1615-1624.

The main attractions of the Oya Kannon Buddhist Temple are the rock carvings and statues, both within and outside of the temple hall. The Oya Kannon Statue, which is a carving of the thousand-armed goddess, is 13-foot-tall and is supposedly the oldest Buddha carving in all of Japan. The theme of the carvings at Oyaji is that of peace. The large Heiwa Kannon Statue, stationed at 90 feet high, was erected after World War II and is dedicated to the fallen as a symbol of peace and harmony.
An essential and unforgettable highlight of any vacation in the prefecture, Oya Kannon Buddhist Temple is a beautiful way to explore the historical offerings of Tochigi.