The fortress was built by the Shogunate as a security building to protect northern Japan. 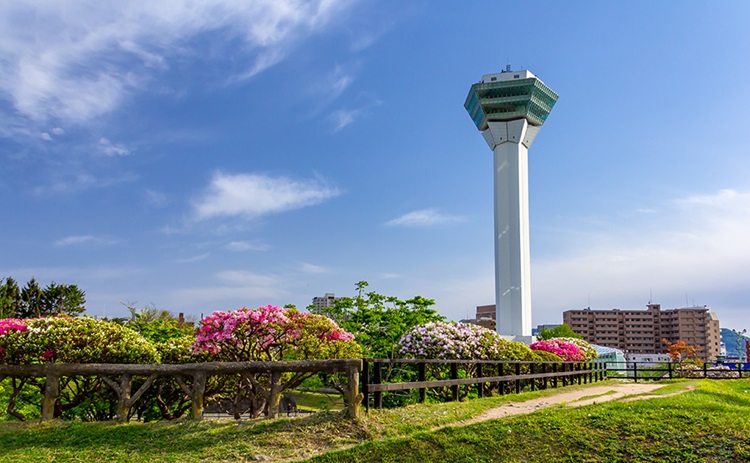 Goryokaku is Japan’s first Western-style fort and one of the only two of its sort in the country. This monument has been designed by Ayasaburo Takeda following rangaku Western architectural precepts. The exquisite park which lays there today, turns into a wonder of nature in fall, autumn colors taking over the place.

On a more historical note, the fortress was built by the Shogunate as a security building to protect northern Japan. The foundation of the site commenced in 1857 and took seven years. As there are five bastions forming a star shape, it was named Goryokaku, which means “Five-Bastion Castle”. While a magistrate’s office used to take place inside the fortress now only remains an arsenal and a well. A reconstruction of this office can be visited for about 500 Yen, while you can access a nearby museum for free.

The place can easily be reached by Tram, just stop at Goryakaku Koen Mae station and walk for about 15mn. While passing by the moat, you will see people paddling in rental boats while others are heading toward the observatory found in the Goryokaku Tower (Paid access).
Every year in May, Hakodate Goryokaku Festival is held, with a re-creation of the revolutionary parades that took place at the time it was built.
Read More
Hide
Get directions
Book a nearby hotel ¥5,600 ~