Tanga Market
Its began as a riverside fish market a century ago.

Why not enjoy a snack and stroll as you experience Kitakyushu’s kitchen? 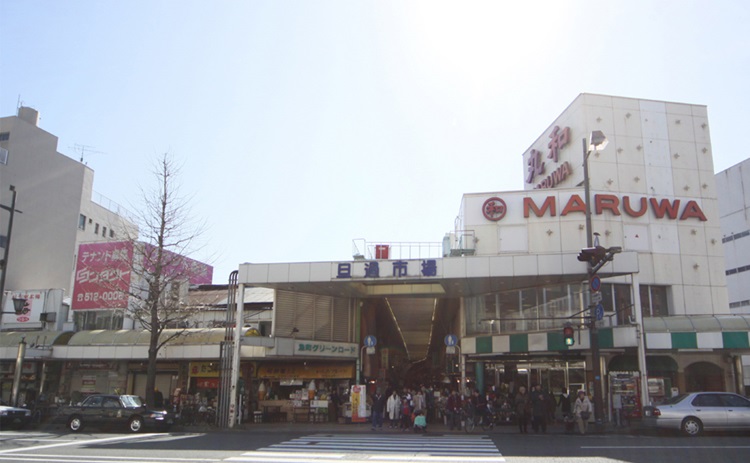 Tanga refers to a stopover by a Zen monk on a religious pilgrimage. One theory traces the etymology to 1632, when the lord Ogasawara Tadazane moved into Kokura; a facility where those monks stayed and tested their commitment and endurance was called Tanga-ryo. Another theory says that the term is derived from the fact that the monks would, in the early morning (tan), leave (ga) for their next destination.
It became a marketplace in the Taisho period (1912–1926), due to the fish haul from the nearby Kantake River. Playing host to an abundance of shops selling the fruits of local agriculture and aquaculture, to this day it remains very popular among shoppers. Truly it could be called the kitchen that supplies food to the people of Kitakyushu. You can enjoy a snack while you walk and experience the pleasant environment of the marketplace.
Near the center of the market is a business called Daigaku-do (“University Hall”). It is mainly operated by the regional university, disseminating new information and selling “daigaku-don” rice bowl dishes, and is a breeding ground for ideas. Daigaku-don is an original idea where you buy the bowl of rice at Daigaku-do and walk around the market, piling on the toppings of your choice on the rice; you can then return to Daigaku-do and eat it with the soup they have prepared for you. Many tourists have a great time enjoying their own original donburi dish with local toppings.
Read More
Hide
Get directions
Book a nearby hotel ¥4,500 ~