Located near Nasu Rindo Lake is the home of teddy bears in Japan. 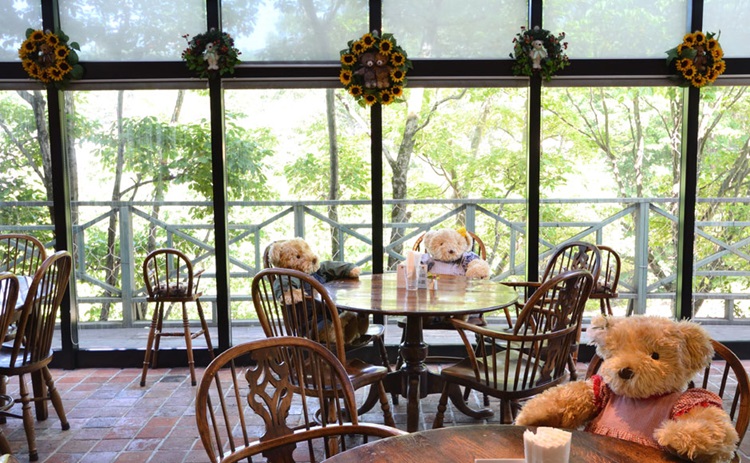 The “Nasu Teddy Bear Museum” is located near Nasu Rindo Lake is the home of teddy bears in Japan. The venue offers visitors a space to encounter with teddy bears and feel the warmth.
The name “Teddy Bear” derives from the nickname of the 26th President of the United States, Theodore Roosevelt. President Roosevelt went hunting for bears one day and was given an opportunity to shoot a tied-up cub, but he decided to let the cub go. This story was featured on a newspaper with an accompanying illustration. A confectionery shop created stuffed bears modeled after the story and called it the “Teddy Bear”.
The museum features a collection of teddy bears, each having a story to tell, all captivating many visitors with their loveliness. There are a wide range of bears, including “Teddy Edward” that traveled around the world, precious “Antique Bear”, “Glow Bear” that encourage people, as well as “Artist Bears” that are writers.
Have a stroll in the inner courtyard filled with green, then have a break at the tea room with tasty sweets. The Museum Shop, featuring teddy bears and teddy bear goods is also very popular.
Read More
Hide
Get directions
Book a nearby hotel ¥25,080 ~