A shrine complex honoring foxes, messengers to the gods 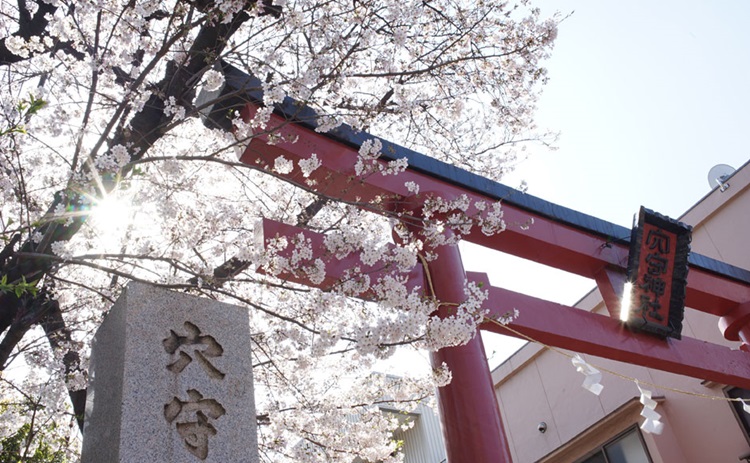 Visitors won’t have to wander very far to find a Tokyo attraction that perfectly embodies the unique culture of Japan. After landing at Tokyo Haneda Airport, it only takes 3 minutes to get to the Anamori Inari Shrine, a place of reverence for one of Japan’s most beloved animals – the fox.

Originally built in 1818, the shrine was later moved to its current location, and is close to the airport for good reason. This Tokyo shrine is not just supposed to grant good luck for business and money.; asking for a blessing from the fox gods is also thought to be an important thing to do in Tokyo if you’re traveling. The first fox, or kitsune, statue you’ll meet at the shrine is locally known as “Kon-chan” and locals often dress it in seasonal costumes. A male and female fox, complete with cub, guard the entrance to the shrine itself. The foxes, considered messengers of the gods, are often depicted in pairs.

Several smaller shrines can be found within, all adorned with fox figurines and able to bestow blessings. A tunnel of torii gates, the classic image of Japan, leads visitors to one of the most important parts of the shrine - the area which houses the o-suna. This blessed sand can be taken away by visitors to protect them on their journey.
Read More
Hide
Get directions
Book a nearby hotel ¥5,550 ~