the center of Japan's most extreme teenage cultures and fashion styles, but also offers shopping for everyone 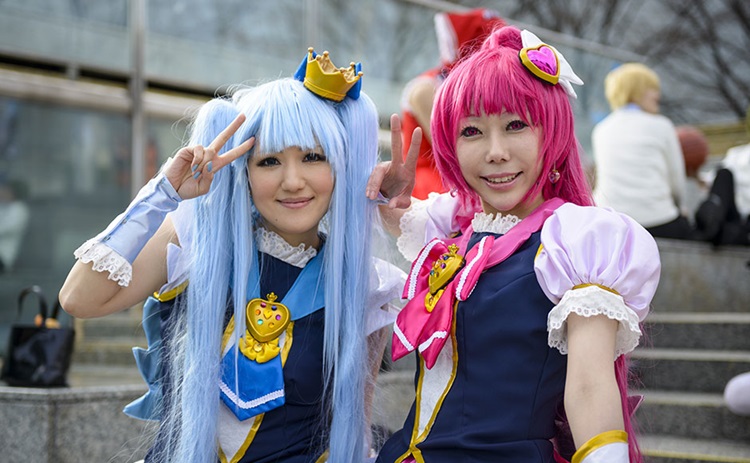 Takeshita-dori Street can be reached by exiting wickets at the Takeshita Exit of “JR Harajuku” Station and crossing the street. Stores selling sundries and outfits at reasonable prices that are constantly filled by customers line this street popular among young people. Omotesando Street, lined by zelkova trees, can be reached simply by stepping out of Omotesando Exit. Shops of luxury brands, Omotesando Hills building and the like line the street, making up an area with a rather composed atmosphere.

A back street that comes off Omotesando Street is ideal for a stroll, where such new discoveries as the Cat Street with coffee shops and stores lining along pedestrian walk. Aoyama-dori Street, where there are art spots such as Nezu Institute of Fine Arts and Taro Okamoto Memorial Museum, can be reached by walking further on Omotesando Street.

The ground that spread on the rear of “Harajuku” Station is the precinct of Meiji Shrine, a healing spot surrounded by abundant nature. It is difficult to imagine that this site is actually in the middle of a metropolis. There is a diverse range of tourist spots with varying uniqueness around Harajuku area. Taking a stroll while window-shopping is also recommended. JR is not the only means of access, but such underground stations as “Meijijingu-mae (Harajuku)” Station and “Omotesando” Station on Tokyo Metro are also convenient for access as well.
Read More
Hide
Get directions