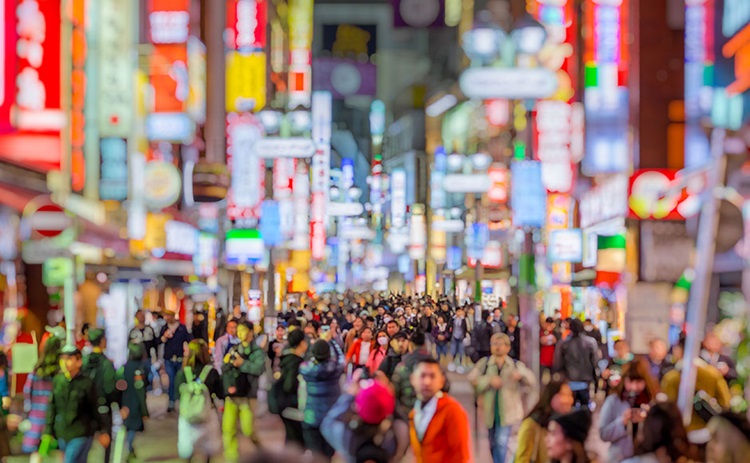 Shibuya is a ward in the heart of Tokyo, known for its colorful lights and incredibly busy streets. Any Tokyo sightseeing plans would be incomplete without a visit to Shibuya, the quintessential Tokyo scene made famous in so many movies.

Originally home to a castle in the 11th century, the development of Tokyo’s rail and subway lines led to a dramatic rise in commercial and entertainment companies settling in the neighborhood. Over the years, Shibuya has become home to many fashion and cultural trends, which has led to its popularity and continual growth. Anyone with an interest in Tokyo fashion should mark Shibuya as a must-see on their Tokyo maps.

The famous Shibuya Crossing, commonly known as the Shibuya Scramble, is the world’s most recognizable crosswalk. Hundreds of people waiting to cross at every green light, making this the city’s busiest intersection. Nearby Yoyogi Park is another fixture of the area, and draws as many tourists as locals each week thanks to its place in Tokyo’s history. The park hosted the opening ceremony of the 1964 Tokyo Olympics and has been a haven for entertainers and artists since. Local musicians, punks, dancers and street performers all set up in the park on weekends to entertain picnickers.

Home to some of the best Tokyo nightclubs, shops, restaurants, and colorful characters, Shibuya is a hive of activity and opportunity for those looking to shop, eat, or party in the capital.
Read More
Hide
Get directions
Book a nearby hotel ¥6,900 ~