Tranquil and historic water and rock gardens in Fukagawa 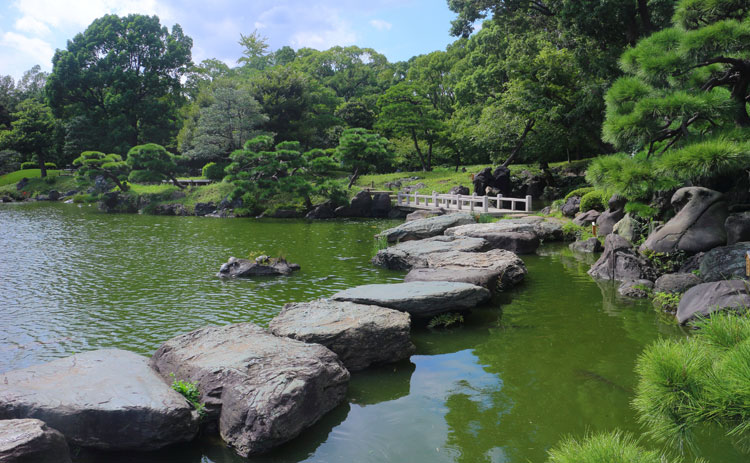 Tokyo, Japan may be one of the world’s most bustling cities, but visitors will soon discover that they are never too far away from nature. Kiyosumi Gardens, on the eastern side of the capital, is one such place to relax and unwind. Opened to the public in 1932, the grounds had previously been owned by feudal lords and industrialists, including the richest man in old Edo.

The park is wonderfully peaceful and known for its numerous famous rocks, which were collected from all over Japan by the previous owners, the Iwasaki family. On one such rock, a poem by famous haiku writer Matsuo Basho has been carved, creating a great Tokyo photo opportunity.

A row of 'iso-watari', or stepping stones, runs along the pond, giving you the chance to get up-close with the turtles and fish beneath the clear water’s surface. Near the garden entrance, sightseers can find the Taisho Kinenkan, a memorial hall for Emperor Taisho. To round off your visit to the park, be sure to dine at the Ryotei, a fantastic Tokyo restaurant specializing in traditional Japanese cuisine that also offers a fantastic atmosphere as it looks out over the water.