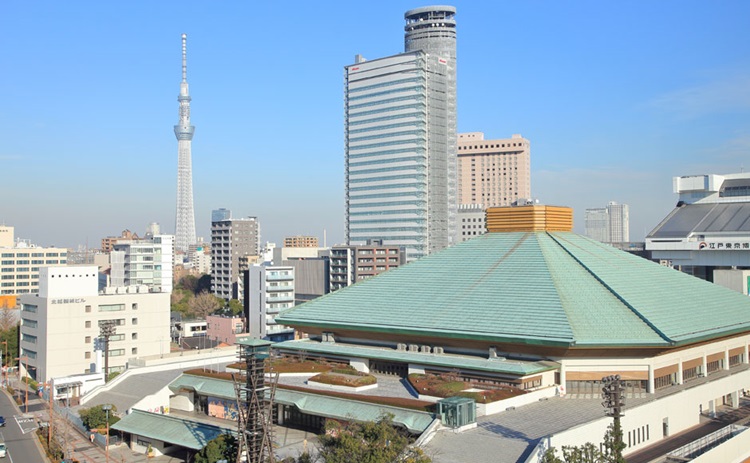 Holding up to 13,000 people, this venue plays host to the largest sumo events on the calendar. The Hatsu, Natsu, and Aki Honbasho – or New Year, summer, and autumn sumo wrestling tournaments – are held here each year. Thousands flock to watch the iconic sport during the two-week tournaments.

Ryogoku Kokugikan is an essential visit for those wanting to learn about more about one of Japan’s most popular sports.