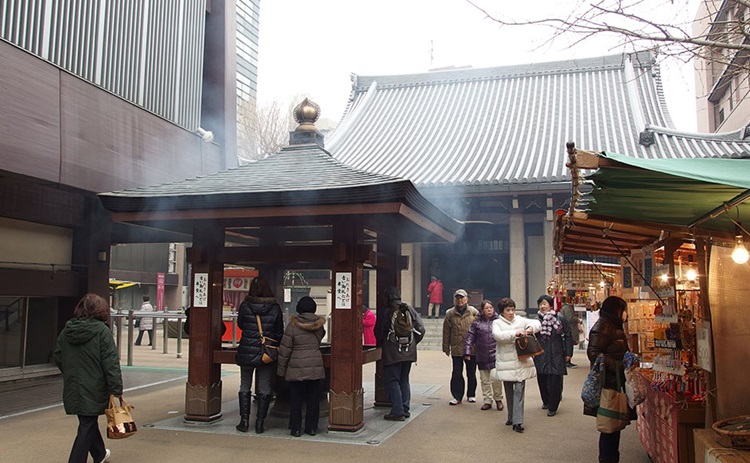 A beautiful Buddhist temple set just off a busy shopping street, the Koganji Temple belongs to the Soto Zen sect of Buddhism, which dates back to the late 19th century. It is famously known for Togenuki Jizo, which promises healing powers for all who come.

Although the temple only dates back to the late 19th century, the story of Togenuki Jizo traces back a little further. Legend holds that a samurai’s wife grew very ill and, in a dream, he was shown that the cure lay in drawing 10,000 pictures. The ritual was then repeated with similar success on a servant who mistakenly drank a thorn, but this time his picture was put into water. Togenuki Jizo loosely means ‘Buddha and thorn removal’, and it is thought that the water which flows opposite his statue can give healing powers to those who pour it on any ailment.

Those who aren’t convinced of the water’s mythical powers will still enjoy a wander of Koganji Temple’s peaceful grounds, just steps from the large and popular shopping street of Jizodori. Mostly comprised of traditional craft stores, there are also restaurants and clothes stores for those looking to spend some more time in the area.