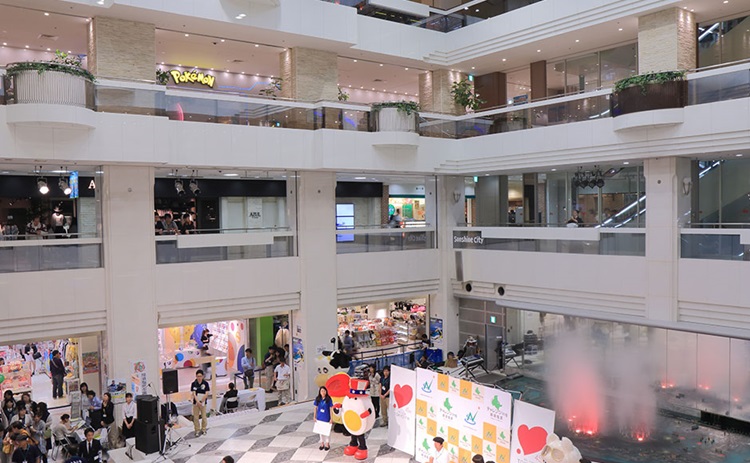 A city within a city, Sunshine City Tokyo is a building complex with almost everything in one place. More than just a commercial complex, Sunshine City is a day out in its own right.

Sunshine City was initially opened in 1978, with the aim of being both a functional office and entertainment block. Upon its opening, the building’s 60 floor height allegedly made it the tallest in Asia. Since then, Sunshine City has grown and evolved but remains a multifunctional building in the heart of Tokyo City.

A planetarium, a theatre, an ancient oriental museum and numerous shops like the Sunshine City World Import Mart provide a bit of cultural contrast to a day’s shopping. With an aquarium and an observation deck offering stunning views of Tokyo and the surrounding countryside (including Mt. Fuji on clear days), there is plenty to keep visitors busy. A convention center and restaurants with cuisine from around the world are also available within this vast complex. The popular Tokyo attraction of Namja Town includes a street dedicated entirely to gyoza. An ice-cream city is also housed in the complex, where everything from squid to snake can be sampled as an icy treat.


Opening Times
Sunshine City Ikebukuro is open from 10:00 to 20:00 throughout the year.