Large urban park dividing the city with its open spaces 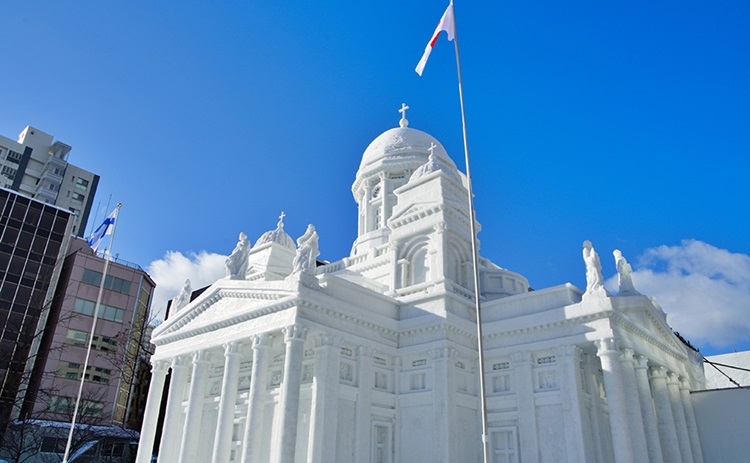 Odori Park, which literally means ‘large street park’, runs from east to west in the center of Sapporo. The park was originally constructed to be a firebreak between the north and the south of Sapporo, to ensure the government and administrative districts would be safe should disaster strike. Odori Park later blossomed into a relaxing urban space and now stands as a focal point of the city.
During World War II, the park was used for food production. In later years, the park became an entertainment and social center point in the city. One feature that can’t be missed when you reach Odori Park is the Sapporo TV Tower, soaring above the scene at nearly 150 meters high. The park itself is broken up into 13 sections, or 13 chome, each with something unique to offer. With fountains, fauna, sculptures and statues throughout the grounds, the permanent features of Odori Park don’t disappoint.
What really brings Odori Park to life, however, are the festivals. The Sapporo White Illumination and Sapporo Winter festivals in February bring visitors from all over Japan and beyond. During the summer months, the Sapporo Odori Beer Garden and Sapporo Summer Festival bring many to the park to sit in the sun and enjoy beers from all over the world. Sapporo weather may be harsh at times, but that doesn’t stop the active schedule of the park and there’s always something happening at any time of year.

Museum of Finance (The former otaru branch of Bank of Japan)