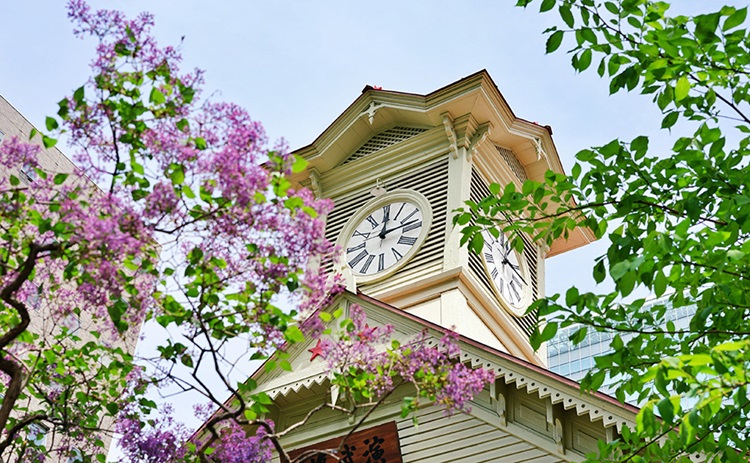 East meets west with this quintessential American clock tower found in Hokkaido, Japan. When you visit Sapporo City, you’re sure to hear of this iconic attraction in Hokkaido’s capital long before you see it. The Sapporo Clock Tower is something of a surprise compared to the typical architecture of the country, as it more closely resembles a building straight out of an American period drama.

Built in 1878, the Sapporo Clock Tower is recognized as the oldest building in Sapporo. It has overseen the city’s remarkable growth into the modern-day metropolis it is today. The building was originally developed as a drill hall for the Sapporo Agricultural College by Americans William Wheeler and William Clark. Over the years, the building has been moved and changed hands, but its original features have survived.

The Sapporo Clock Tower is now a museum and event space for the Sapporo Agricultural College, with the building split between its exhibits and more functional areas. The function hall can still be hired for events and parties throughout the year, while the museum is a fantastic Hokkaido tourist attraction. Visitors to Sapporo shouldn’t miss the opportunity to see this essential city attraction.

Museum of Finance (The former otaru branch of Bank of Japan)