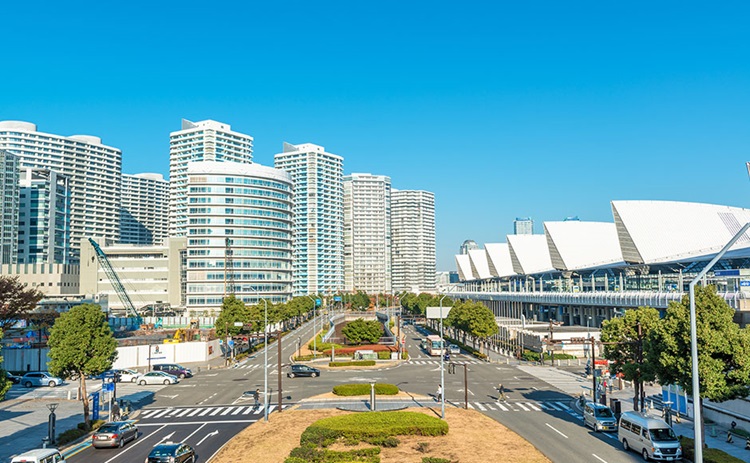 A truly world-class convention center, the Pacific Convention Plaza Yokohama – or simply Pacifico Yokohama– hosts conventions and events for both domestic and international audiences. This venue can accommodate anywhere from ten to thousands of event attendees across its many facilities. With its seaside location in the Minato Mirai district, the Pacifico Yokohama is just steps from many of the city’s top attractions.

The Pacific Convention Plaza Yokohama was built in phases and opened between 1991 and 1994. The complex is split into multiple main areas - the Annex Hall, Exhibition Hall, the National Convention Hall of Yokohama, the Conference Center, and the Outdoor areas. The architecture of the Pacific Convention Plaza Yokohama is very impressive and has been designed to be as pleasing to the eye as it is functional. The themes of ‘Shell’, ‘Wave’, and ‘Sail’ were embodied in the design of the National Convention Hall and Exhibition Hall, a nod to its Tokyo Bay location.
From weddings to world conventions, filming locations to flea markets, the venue hosts a huge range of events and is sure to have something to keep you busy during your Japan vacation.