The station has always remained true to its original redbrick three-story design. 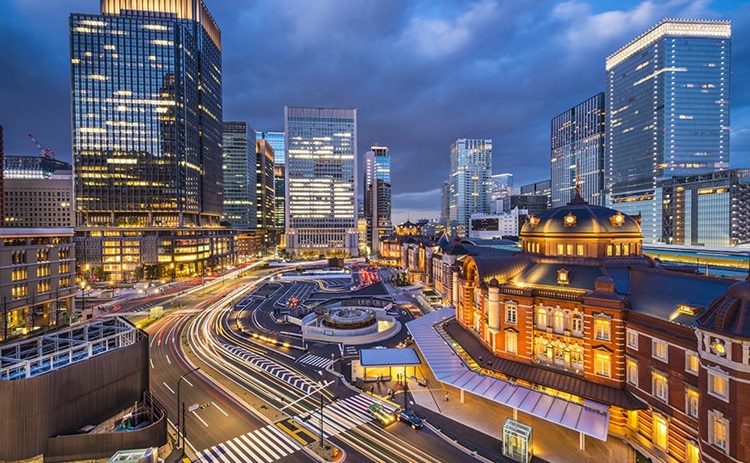 Tokyo Station is an iconic building and important rail network connection to Japan’s major cities and towns. An important hub for the shinkansen high-speed rail network, it is the country’s busiest station in terms of train numbers.

The European-style station was originally constructed in the early 1900s, but was severely damaged during World War II bombing raids. Rebuilt after the war, the station has subsequently undergone various renovations and extensions, yet has always remained true to its original redbrick three-story design. The addition of a hidden, luxury hotel and an art gallery with a focus on contemporary Japanese art makes this unique building much more than a simple hub of transportation.

The station is within easy reach of many impressive tourist attractions, particularly the Tokyo Imperial Palace and Gardens. With Tokyo shopping streets, restaurants, art galleries, museums, and the Imperial Palace just a short walk away, a visit to Tokyo Station opens up many possibilities for historical and cultural exploration.
Read More
Hide
Get directions
Book a nearby hotel ¥10,480 ~