Large park in central Tokyo with culture and museums 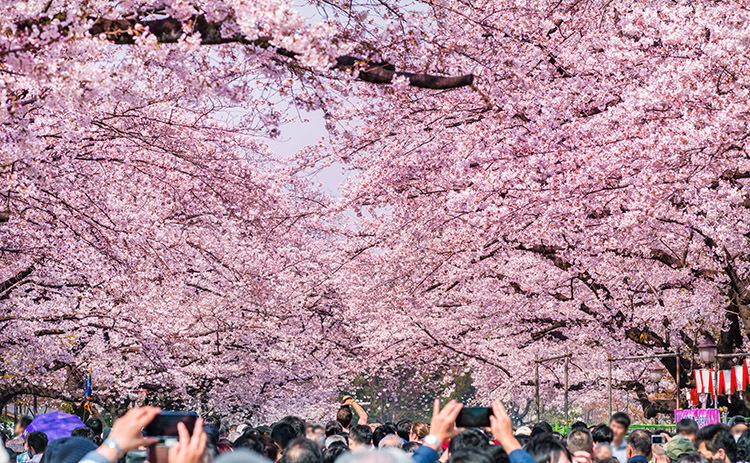 Ueno Park has been a popular fixture of the capital since 1873, when it was one of the first public parks ever to be opened in Japan. Tokyo’s best loved outdoor area is home to more than just beautiful open spaces and quiet spots for reflection. The park also houses several of Tokyo’s best attractions, including numerous museums and temples.

Though built to match the Western-style parks of Europe, Ueno Park hosts some of the most quintessentially Japanese things to do in Tokyo. Include a visit to the beautiful temple of Bentendo on Shinobazu Pond during your trip and don’t miss the stunning Toshogu Shrine and garden. Don’t overlook the understated but historically significant Kaneiji Temple, tucked away in the corner of the park. Ueno Park is also home to several Tokyo museums and galleries, including the National Museum of Japan, the National Museum of Western Art, the Ueno Royal Museum, the National Museum of Nature and Science and the Tokyo Metropolitan Art Museum. Ueno Zoo can be found on the park’s western edge and is Tokyo’s most popular zoo. There is even a small fun fair for small children, providing hours of entertainment for families with young ones in tow.

During hanami season, locals flock to the 1000 Ueno Park cherry blossom trees for spring picnics under the blooms. Visitors to the city during this season are highly encouraged to join the locals in viewing the Ueno Park sakura, one of the city’s best cherry blossom displays.
Read More
Hide
Get directions
Book a nearby hotel ¥14,400 ~