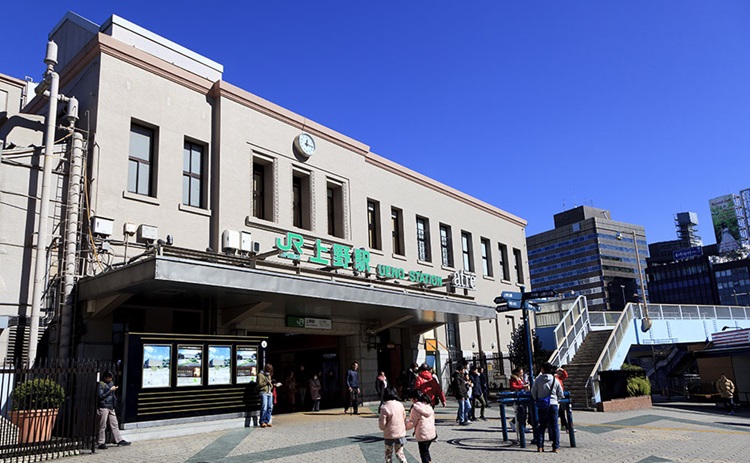 Ueno Station is one of the city's largest and most well-served railway stations, and a gateway to many of Tokyo's finest attractions. The station is within easy striking distance of a range of fantastic Tokyo sightseeing destinations, including the Ueno Park Zoo, Tokyo Metropolitan Art Museum and The National Museum of Nature and Science.

First built in 1883, the station was previously used as the main terminus station for trains bound for northern Japan. Ueno Station is still a convenient starting point for those traveling to areas like Tohoku on the shinkansen lines, though Tokyo Station has taken on a large proportion of this traffic. It is also very close to Keisei-Ueno Station, the terminus for the Keisei Skyliner for passengers arriving direct from Tokyo Narita Airport.

Opposite the station is Ueno Park, with sightseeing highlights that include the beautiful temple of Bentendo on Shinobazu Pond and the stunning Toshogu Shrine and garden. The surrounding area also hosts an incredible choice of restaurants, as well as Tokyo’s premier museums and even a concert hall. However, if you're just passing through, the station itself offers a wide range of stores, some great Tokyo restaurants and other facilities for the tourist on the go.
Read More
Hide
Get directions
Book a nearby hotel ¥5,800 ~