Stroll through temple grounds enclosed in lush greenery and infused with a refreshing, dignified air. 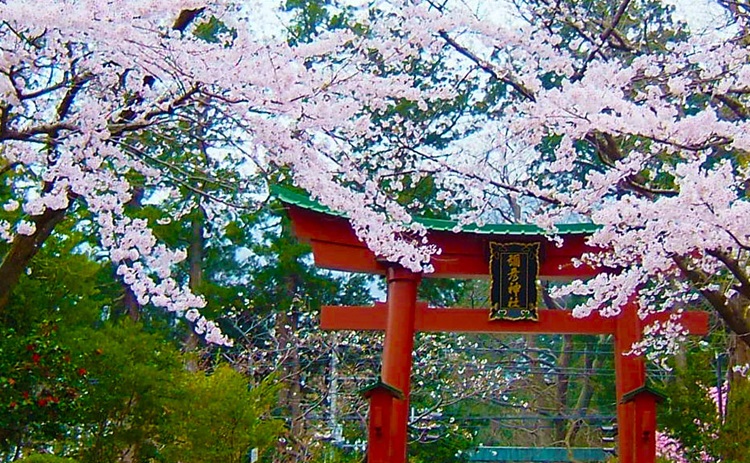 Yahiko-jinja is located at the foot of Mt. Yahiko which towers above the center of the Echigo Plain. One of Niigata’s most famous shrines, Yahiko-jinja features a storied history, complete with a poem dedicated to it included in the Manyoshu (Japan’s oldest collection of poetry). The ancient cedar and zelkova trees standing among the shrine’s dense greenery are a truly sublime sight. Following numerous reconstructions and remodeling—including by the Imperial Court, shoguns, and military commanders—since its founding in ancient times, Yahiko-jinja Shrine was rebuilt to its current form in 1916 following a great fire in the Meiji Era.
At 30 m tall, the shrine’s great torii (gate) has become a symbol of the area. The repository on the shrine grounds includes works by artists from around Niigata as well as treasured important cultural properties on display. Yahiko-jinja is famously known as a power spot because of the shrine’s Boulder of Fire. It is said that those who lift the stone while making a wish will be able to gauge how likely their wish will come true by the stone’s weight. The best time to visit the shrine is during one of the many exciting festivals, including a water-flinging festival, a grand Kagura performance festival, a lantern festival, and a chrysanthemum festival.
The road leading from the shrine’s hall of worship to the ropeway station at the foot of Mt. Yahiko is known as the Manyo Road after the 60 species of plants native to the area included in the Manyoshu that grow between the shrine and the mountain. To the west of the shrine, you will find a wild bird forest observation hall for use as a base for birdwatching. Feel free to stop by and meet some feathered friends after visiting Yahiko-jinja.
Read More
Hide
Get directions
Book a nearby hotel ¥10,300 ~