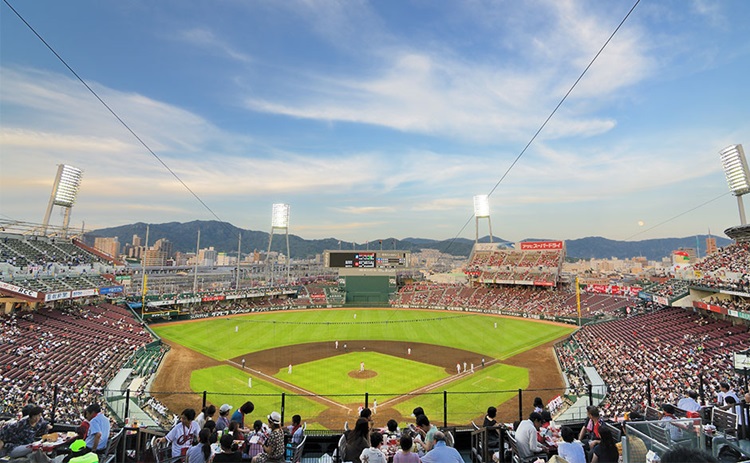 A visit to the imposing Yokohama Stadium, one of the leading venues for Japan’s favorite sport, is an essential thing to do in Yokohama City. The stadium, also known as Yokohama Stars Stadium, is the home of the Yokohama DeNA BayStars baseball team. When not in use for sporting events, this landmark transforms into a concert venue, having hosted music legends such as Madonna, Michael Jackson and Tina Turner.

Opened in 1978, the giant sports venue was constructed on the site of a cricket ground run by the British delegates of the area. Designed to mimic American stadiums, the outfield is composed entirely of natural grass with dirt around the bases, making it one of the only stadiums in Japan to feature natural turf.
Holding a total of 30,000 spectators, Yokohama Stadium is primarily a baseball stadium, but other sports have also enjoyed great popularity here. An Australian Football tournament hosted at the stadium drew one of the largest crowds for the sport outside of its native Australia, and Yokohama Stadium soccer games are a welcome addition to the schedule.

Baseball lovers will not be disappointed by this legendary sports venue and should make seeing a game at Yokohama Stadium a priority during their trip.

Opening Times
Opening times differ depending on which events and games are being held.

Cost
Yokohama stadium tickets vary in price and availability with each event – for a more affordable option, book a tour of the venue itself.
Read More
Hide
Get directions
Book a nearby hotel ¥12,200 ~