Makado Onsen Ski Resort
A picturesque panorama gazing down on the stunning silvery-white wonderland of snow, and Mutsu Bay

This ski resort located in a hot spring area has courses that beginners can safely ski, and courses to challenge even advanced skiers. 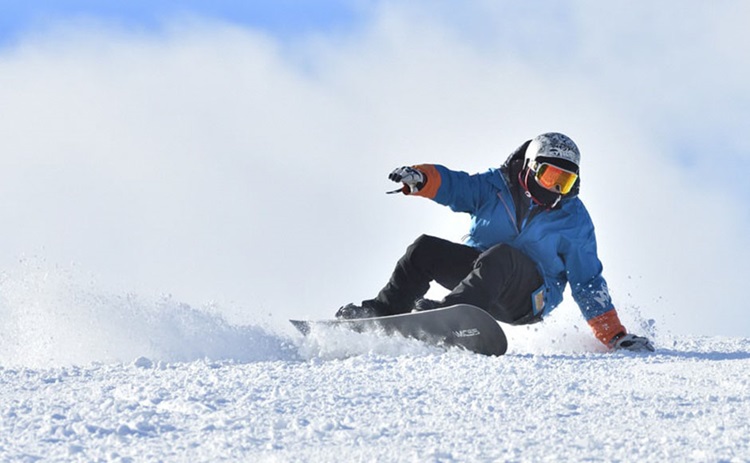 When riding the ski lift and looking down from high above the mountain, sweeping and stunning panoramic views of Mutsu Bay will unfold in front of your eyes. At the Makado Onsen Ski Resort, you can fully enjoy winter sports and the exhilaration of feeling like you are gliding over the mountain toward the sea. There are five slopes to suit all levels, from the gently sloping beginners course where small children can also have fun playing in the snow with their sleds, to the advanced course that gradually becomes steeper with a maximum gradient of 30° and average gradient of 17°. Among them is the popular glades course, which runs through some 2 km of forest as you ski between the trees. Night skiing and an extensive range of rental gear are also available, making it easy for everyone in the family to enjoy winter sports.
A strikingly large stone monument that stands out in the ski fields. Inscribed on the stone are the words “Birthplace of Skiing.” Actually, there is an anecdote that is still told today in Noheji Town. In 1904 a wealthy merchant by the name of Jisaburo Nomura first came to know of skiing when he read about it in a foreign magazine. He then set about ordering two sets of skis from an exercise equipment shop through Tokyo Maruzen, a trading company that played a role in the modernization of Japan by organizing the import and sale of foreign books, while also introducing Western culture and academics following the Meiji Restoration. Nomura then decked himself out in ski gear and demonstrated how he could glide over the snow; and so began the history of skiing in Noheji Town...or so the story goes. Please take a look at this stone monument when you visit the Makado Onsen Ski Resort.
Read More
Hide
Get directions