Museum of the Meiji Restoration
Explore the history of Kagoshima, which was once known as “Satsuma.”

High-tech exhibits including moving images, dioramas, and animatronics tell the story of the restoration. 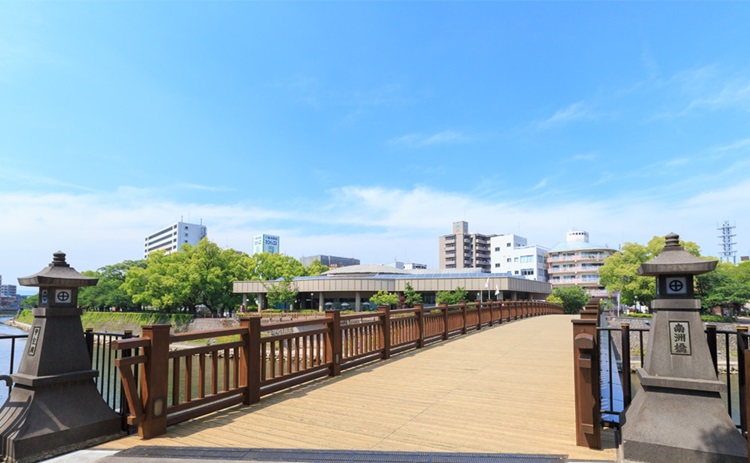 The Meiji Restoration of 1868 was a major event in Japanese history that saw the abolishment of the Tokugawa shogunate and a return to imperial rule. As the birthplace of the famous samurai Takamori Saigo and Toshimichi Okubo, figures that played a central role in the Meiji Restoration starting with the final years of the shogunate, Kagoshima’s Kajiyacho area could be called “the home of the restoration.” Through high-tech exhibits including moving images, dioramas, and animatronics, this museum teaches about the history of Kagoshima and the remarkable achievements of its pioneers, which paved the way for modern Japan.
The first floor, under the theme “Hero’s Road,” introduces the conditions in Kagoshima (then Satsuma Province) at the end of the shogunate and the heroic exploits that drove the restoration. Learn about Satsuma’s unique “Goju Education” while finding out who the renowned Saigo and Okubo really were. The Meiji Restoration Experience Hall on the basement level hosts three-dimensional shows, divided into two episodes. In “Road to the Restoration,” a thrilling drama unfolds on multiple screens, including appearances by life-sized animatronic models of Saigo and Okubo. In “Satsuma Students, Go West,” visitors can witness the deeds of the young patriots who led the restoration as if they were really there.
The museum shop is also a must-see, featuring exclusive merchandise, books on the Meiji Restoration, and special Kagoshima products like Oshima Tsumugi silk, Satsuma-yaki porcelain, and Satsuma Kiriko cut glass. The surrounding Kajiyacho area contains many other attractions such as the birthplace of Takamori Saigo, making a stroll around the neighborhood worthwhile as well.
Read More
Hide
Get directions
Book a nearby hotel ¥4,700 ~

Around Museum of the Meiji Restoration