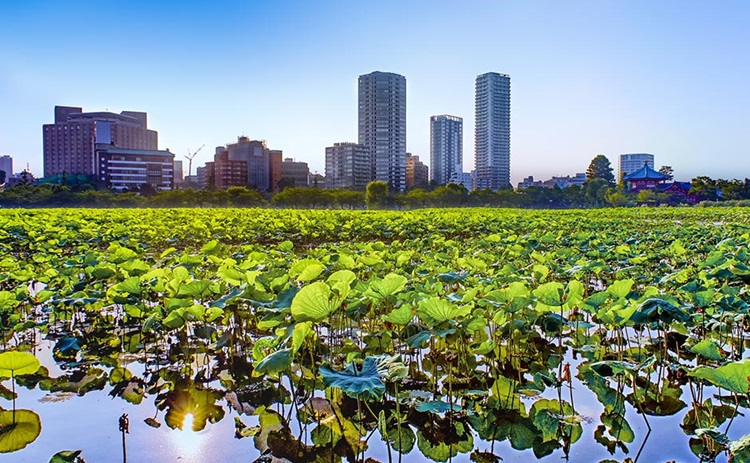 Shinobazu Pond is a picturesque natural landform situated in the south of Ueno Park, in the Taito-ku area of central Tokyo. With a circumference of 2 square kilometers, the site’s three separate ponds attract a variety of fauna, birds, fish, and even turtles.

The ponds date back centuries and are famously associated with the Edo period, when they were home to a temple that was later destroyed during the 19th century Boshin War. The ponds have been modified and even drained over the years, but are a now a constant neighbor to the Ueno Park Zoo.

Shinobazu’s three main ponds – the Cormorant, Boat, and Lotus Ponds – are each named after their individual features. During the summer, the Lotus Pond is almost completely covered in lotus flowers, including a few species found nowhere else in Japan. The Boat Pond has boat rentals for those wanting a relaxing ride, while the Cormorant Pond is home to hundreds of birds, among them its namesake and species from the nearby Ueno Park Zoo. Bird-watchers will enjoy the numerous winged creatures that flock there each season.
Read More
Hide
Get directions
Book a nearby hotel ¥4,500 ~