Special Historical Site: The Sannai-Maruyama site
The largest Jomon archeological site is right outside the city!

You can experience ancient Jomon culture with the attached museum and restaurant. 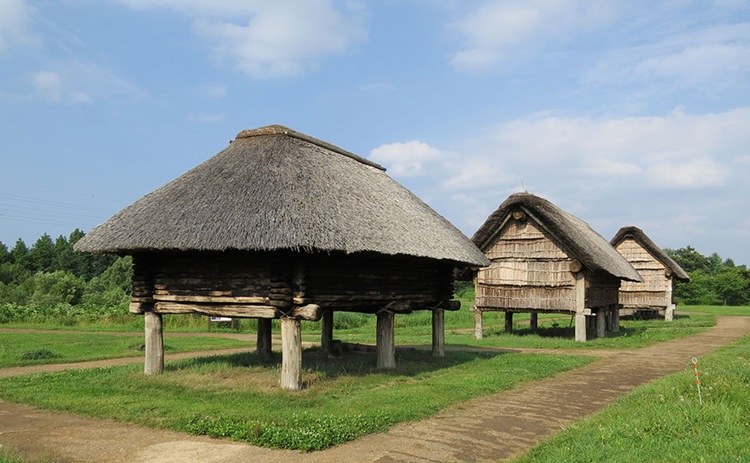 This Jomon village was inhabited roughly 5,500 to 4,000 years ago, and is the largest such site anywhere in Japan. Excavation works uncovered the remains of pit dwellings, graves, storage pits and more, telling us a great deal about the lives of people at that time, the natural environment, and so on. A massive amount of Jomon pottery, stone tools, clay figures, as well as gourds, burdocks and other planted vegetables were also excavated. DNA analysis reveals that cultivation of chestnuts was also prominent. The amount of progress Jomon studies made as a result of the finds at this site is almost beyond estimation, completely changing our understanding of the Jomon culture.
You can spend as much time as you like in this wide open park. At the entrance is a facility called “Jomon Jiyukan” where you can see exhibits of a variety of ancient Jomon relics such as the “Ogata Hanjo Dogu” (an Important Cultural Property), large jade beads and pillars of chestnut wood. There are also areas where you can try on clothes similar to those worn by the people of Aomori five millennia past, and try your hand at making accessories and figures like the ancients did. The restaurant serves food that the people of the Jomon period (probably!) ate, as well as Aomori regional specialties, and chestnut-flavored ice cream. You’ll really feel like you took a trip back in time to Jomon Japan!
Read More
Hide
Get directions