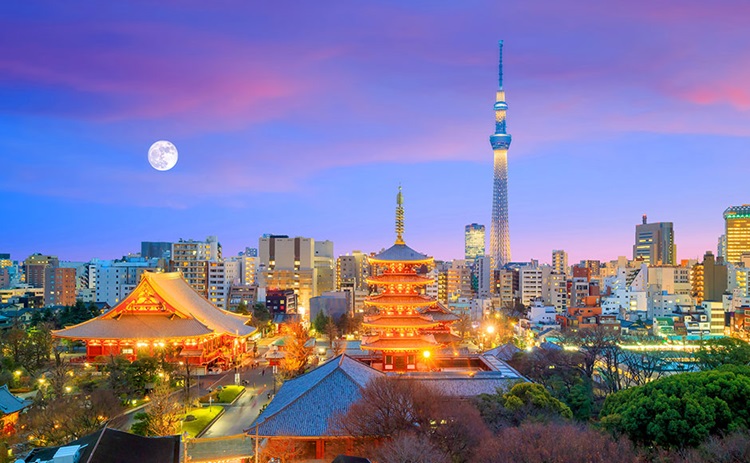 The spectacular and futuristic Tokyo Skytree®, constructed as part of the Tokyo Skytree® Town, is the tallest building in Japan and the second largest structure in the world. The tower’s main attraction is obviously its breathtaking observations decks, but Tokyo Skytree® Town at the towers base has numerous additional attractions for visitors.

The Tokyo Skytree® is primarily a television and communications tower. It was built to replace an older tower in the same region after nearby high-rise buildings in the surrounding area started to interfere with broadcasting signals. The building, which stands at 634 meters high, was given the ‘world’s tallest building’ recognition by the Guinness Book of Records. It remained the tallest until the construction of the Burj Khalifa in Dubai. The design of the building is as impressive as the structure itself and features remarkable technology that helps prevent damage from earthquakes.