Tokyo's oldest temple complex with a famous gate and pagoda 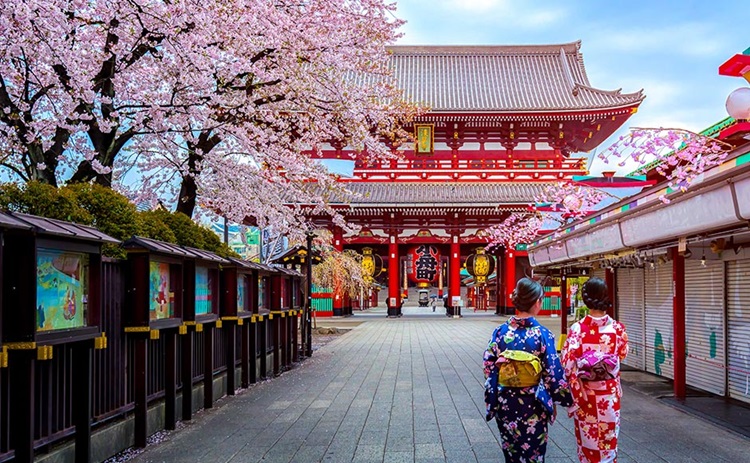 Sensoji Temple, the oldest temple in Tokyo, draws visitors from around the world to admire its lavish main hall and imposing gates. This colorful Buddhist temple, known for its entrancing festivals and traditional artistic features, is considered a must-see on any visit to Tokyo City.

Sensoji Temple in Asakusa dates back to the year AD 645. It was built to celebrate Kannon, the goddess of mercy. Legend holds that two brothers found a statue of Kannon when they were fishing in a nearby river. No matter how many times they threw it back, the statue would continue to entangle itself in their net. Eventually, they brought it to their village and a small temple was constructed to worship the idol. Several colorful illustrations located on the temple grounds depict this legend.

The outer gate of the temple is the Kaminarimon, or Thunder Gate. It leads to the Tokyo shopping street known as Nakamise-dori, with shops featuring vividly-painted fans, rice crackers and other treats. The street itself has its own varied history, being rebuilt several times following its destruction from the Great Kanto Earthquake and, later, World War II. The main temple precinct includes an impressive wood-paneled main hall and the five-storied Sensoji Temple Pagoda. A number of festivities are held here, including the Sanja Festival each May, and even a Samba Carnival in August.